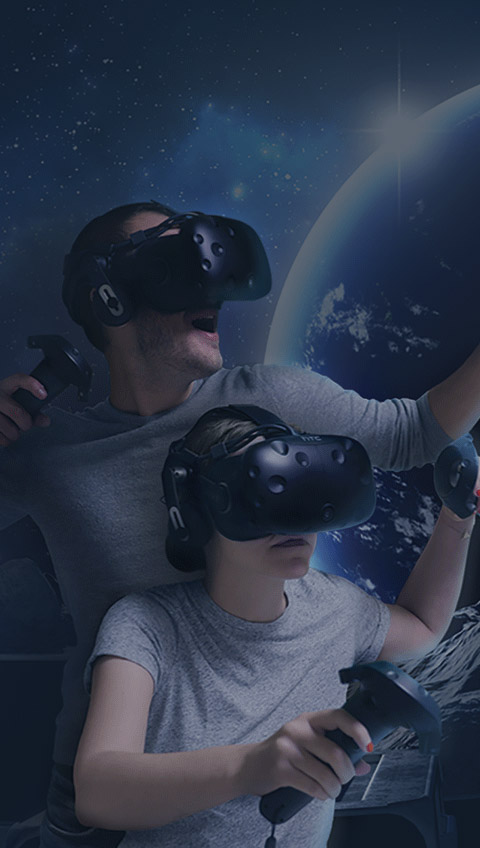 Virtual Room, behind the productions of a team of passionate

Virtual Room, the first virtual reality center in France, is known for its original and accessible team experiences. Did you know that Virtual Room has its own game development studio and offers adventures 100% french?

Let’s focus on the game development studio of Virtual Room in the company of one of its members ! 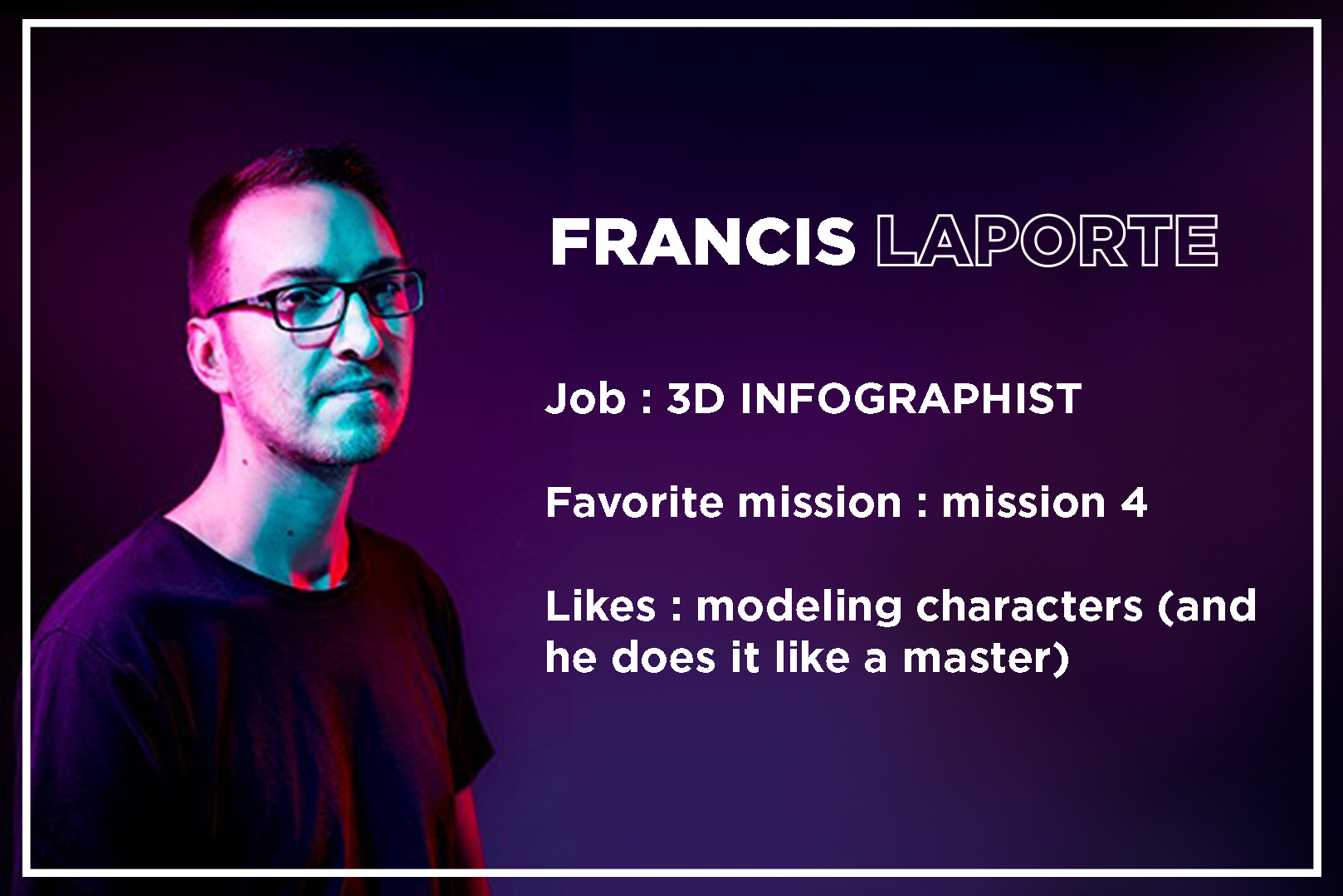 The story of the game development studio

Created in 2016, Virtual Room was born from the meeting of four 3D and enigmas passionates. These four members had the will to create virtual reality games where the collaborative aspect where very important and primary.

Today, the studio has already developed 3 virtual reality adventures and are currently working onto the next game, says Francis. Francis is a 3D supervisor who has worked for Virtual Room since the start of the adventure. He became a master in the art of assembling polygons to bring virtual objects to life.

Six month of development have been necessary to bring the first adventure Time Travel : Chapter 1 to life. It was released in the first Virtual Room room in Paris, in february 2017. Inside the mission 1, the players will be immersed in a space time travel to save the world.

The second adventure of the development studio : Time Travel : chapter 2 will take a year to be produced and will be in line with the first game by pushing the concept of time travel further with richer and more interactive settings.

At the end of 2018, the development studio will take a real turn in the development of its games with the third mission: AreWeDead, explains Francis. With mission 3, it’s the end of the time travel experience. Now we step into the shoes of a zombie who will fight for the survival of his species. The game will take a little over a year to develop and will be awarded at the SATIS – 360 Film Festival 2019 with two prizes: Best Interactivity / Integration and Best Immersion.

Francis explains to us that AreWeDead is the first Virtual Room game to integrate real humanoids as avatars of the players and other characters of the game. In this opus, he is responsible for the modeling of the four avatars played by the gamers.

Each zombie has been designed with lot of details in order for the player to really find himself in the (rotten) skin of the zombie. Particular work has been done on the hands and the manicures because these are the main elements visible to the players.

It was a more complicated work compared to the avatars of the first and the second mission, which is an armor with gloves and headset. 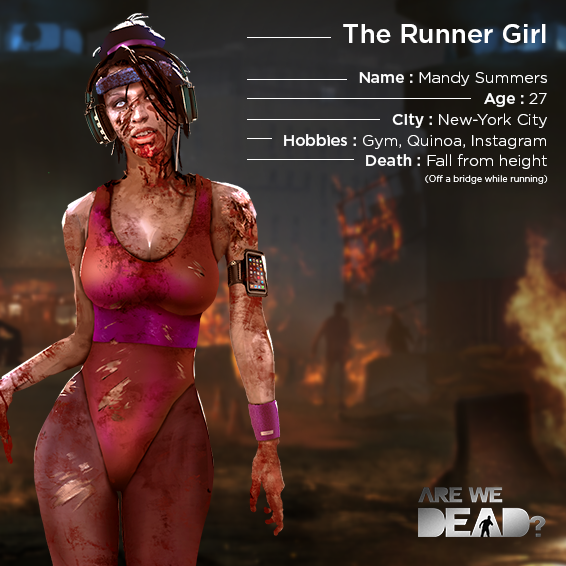 Today the studio is developing a fourth game that will incorporate new mechanics and a whole new universe to discover. Once again, Francis will be in charge of the 3D modeling of the players’ avatars and some background elements.

There are a large number of professions in the field of video games. Many skills are needed to imagine and create a graphic universe, program game elements and make all the assets work togethers.

In the Virtual Room team we can find :

The steps of development

He explains how it works in the Virtual Room studio.

The base story of the future video game will be brought by the script writers who in a first time will work on a storyline.This storyline will be then adapted for a game use with the game designer in order to develop the gameplay and the game mechanics. All the features of the game will be gathered in a very important file : the game design file. This file will be used by the developers and the 3D designers to bring the game to life, explain Francis.

At the same time, the concept artists will produce concept arts which will create the visual universe of the game. They are the ones who will bring the screenwriters’ ideas to life and transcribe them visually. At the same time, the developers will work on programming the game’s architecture by analyzing and developing some of its features. Once these steps are complete, after about 2 months of production, other roles will then come.

The role of Francis and the other 3D computer graphics designers will be to model all the elements of the game from the concept art produced previously. These elements could be sets, objects intended to be taken, or player characters or not. Among the elements modeled by Francis, we can in particular find the avatars of the different missions as well as several worlds from missions 1 and 2.

The developers will then have the task of programming the video game on their programming software using the models and elements created by Francis and his colleagues.

To end this section with a funnier tone, we have asked Francis to tell us some fun facts about the studio. In the Virtual Room team, humor is always welcome ! The studio employees are very creative at hiding a few easter eggs among the mission levels.

In the western world from mission 2, we can find Francis as a train conductor and some of his colleagues who are wanted in typical “Wanted” posters. You can also find an easter egg in one of Francis’ favorite areas : the mission 2 photo lobby in which you can find a statue of the character of the Virtual Room logo outside. 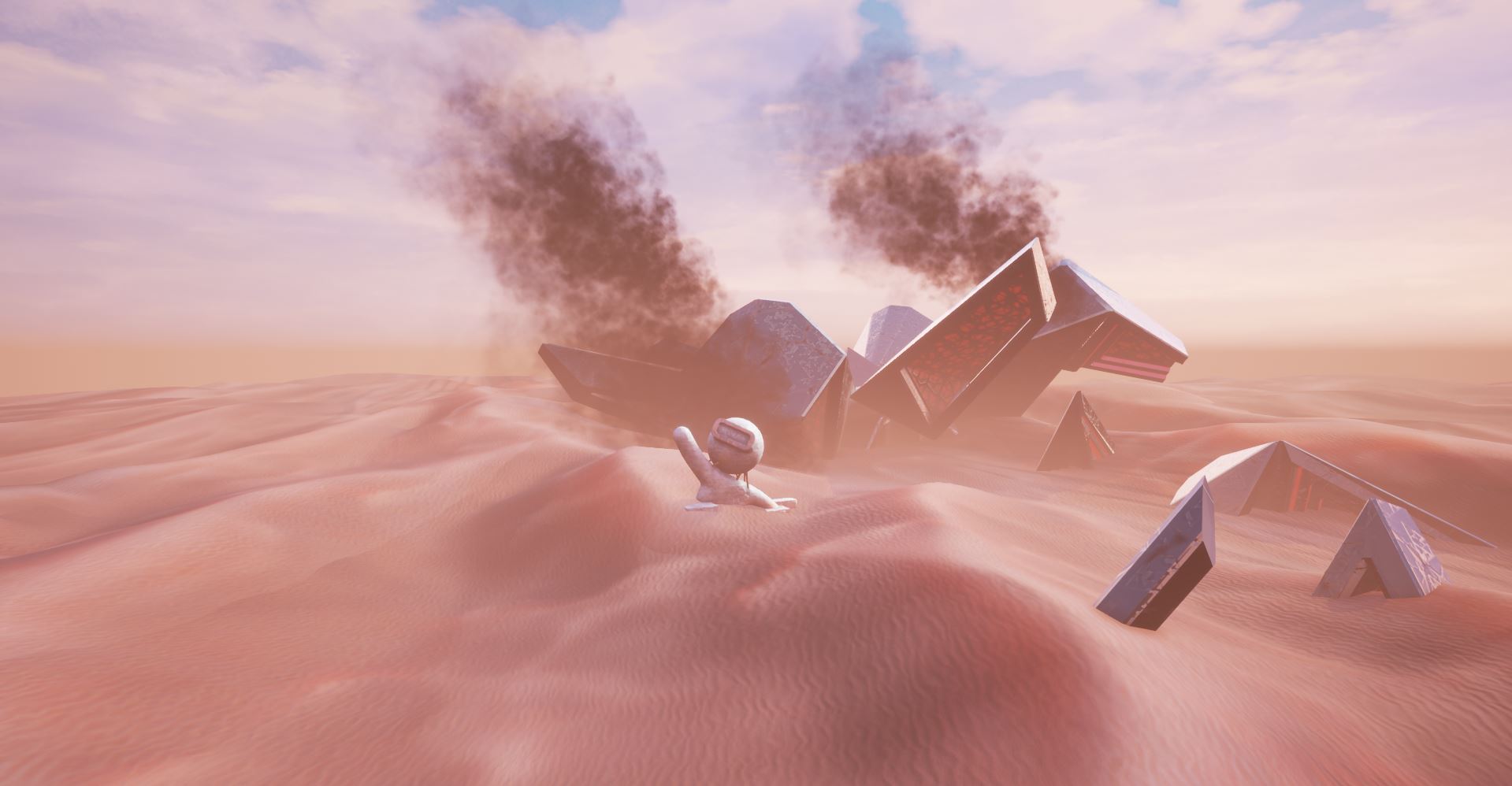 The mission 3 is also full of easter eggs. You will be able to find Virtual Room mugs in some levels of the game, but the place where you will find the most of the stranger things is at the bar at the end of the game. If you look on the bar, you will find some brains and fingers to eat like a zombie but also a papercraft of an avatar of the game. Look around you and you will find a zombie with an AreWeDead t-shirt which does a popular dance of Fortnite. By looking at the TV, you will recognize a weather presenter with a strong resemblance to a certain American politician. On the other side you will find a zombie with a pressing desire, the 3D designer initially proposed that this zombie be directly in the toilets but the idea had been denied.

While we are waiting for more details and Easter Eggs on Mission 4, we hope you enjoyed learning more about the Virtual Room game development studio. The creation and development teams and all the members of the studio work every year to offer you new, comfortable and 100% french experiences!

[COVID-19] Your safety is our priority!

Have fun and stay safe with Virtual Room!

More than virtual reality, offer your group the ultimate experience

We use cookies to provide you with a better service. By continuing to browse the site, you are agreeing to our use of cookies.